Covid rules are changing. See our pages under About Us > Our School and Coronavirus.
Search Website
Translate Text

These photos were sent to us by Barry Holmes, a pupil at Drayton Park Primary School from 1952-1958. The photos of Barry show the school tie, light blue lines on navy blue, and the school blazer, light blue “DP” on a navy blue blazer. Barry also sent us copies of the presentation pages of his two school prizes and swimming certificate awarded in junior school.

Barry still has memories of his first day entering the infants school as the new intake entered the ground floor classroom from the boys playground rather than through the front entrance. Miss McNaughton (who it is thought later became Mrs Smith) was his first teacher followed in later years by Mrs Neusbaum. It is thought that the headmistress of the infants school at that time was Mrs Needham. Barry had had pneumonia as a child so it was thought that he needed ‘building up’. Along with two or three others, he would therefore regularly be given a spoonful of malt extract from a jar by the welfare lady, Mrs Kelly. This was in addition to a third of a pint of milk and a cod liver oil capsule that all pupils enjoyed in their classroom throughout most of their life at school.

When Barry moved upstairs to the junior school the teachers included Mr (Harry) Robinson in whose classroom (next to Mrs Powely’s) there resided a fish tank aerated from a piston driven pump and it was in this room that pupils congregated, when it was raining, for indoor play. Barry remembers the most sought after toy was a set of rubber building blocks, similar to the later Lego, that were used for constructing a house. The set was incomplete so one could never build the complete house, but nevertheless it was always everybody’s favourite. Mr (Frank) Brereton was Barry’s first teacher in the junior school; Barry recalls Mr Brereton’s interest in modelling and the pupils making papier mache faces in class to paint. The other teachers in junior school were Mrs (Irene) Dawes and Mr (William) Morgan. In the final years, the pupils aiming to pass their 11-plus exam, were taught by Mrs Powely. Barry was in a group with Mr Morgan as teacher. The headmistress was Miss R M Johnston (she signed the presentation pages of Barry’s two school prizes). In the playground boys and girls were segregated; several of the boys had Dinky Toy racing cars that they pushed as hard as they could across the asphalt to see how far they would go. Such models are now highly prized by collectors.

Barry’s particular friends from his junior school class were Derek Figgins (who lived above an Optician’s in Holloway Road, opposite the then Northern Polytechnic), George Patmore (who lived on Martineau Road) and Tony McNess (who lived on Highbury Hill), he also knew Susan Wadley (who lived on Drayton Park) and June Smith (who lived in a war-time ‘prefab’ [prefabricated house] in Courtney Road). Barry was also friends with another school pupil, Pamela Hyde; it was at Pamela’s home in Bryantwood Road that Barry first ever watched a television. Barry was one of only three in his class to pass the 11-plus exam and went on to Holloway County School, losing touch with his Drayton Park school friends. He would go on to a career in microbiology and eventually have named after him the bacterium Bordetella holmesii.

Barry’s brother Derek Frank Holmes attended Drayton Park Primary School before him, from 1943-1949. He is shown in the group school photo (middle of front row). His school friends included Alfie Watson, and he knew a David Jacobi. Derek also passed the 11-plus exam (Mrs Powely was his final teacher in junior school) and went on to Holloway County School.

Postscript: Between lockdowns in 2020 during the Covid-19 pandemic, Barry set out on a quest to see if one of his former teachers, Frank Brereton, might still be alive. To his delight, Barry found that indeed he was. So the teacher, now 93, and the naughty pupil, now 73, spent a good couple of hours reminiscing over their time at Drayton Park. 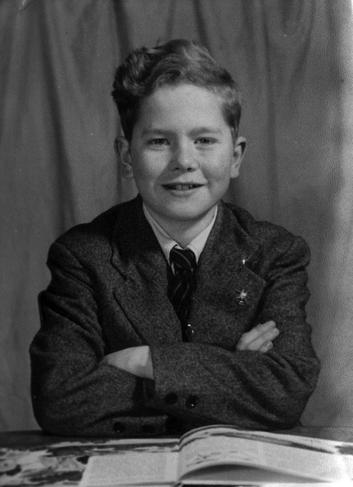 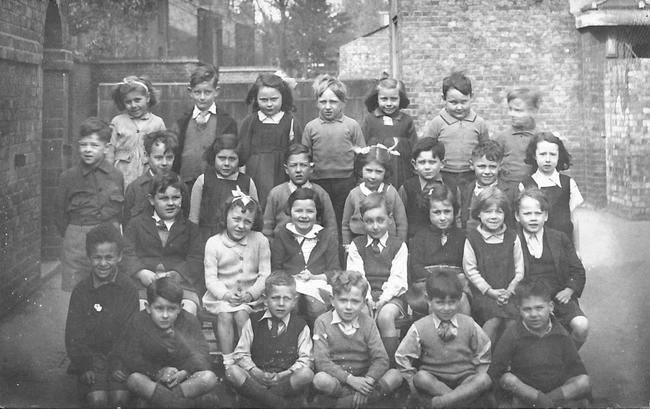 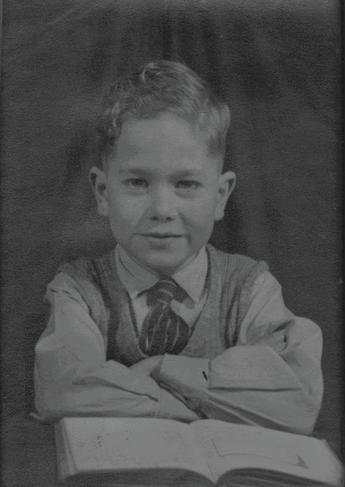 Barry Holmes in a school blazer at Bognor Regis 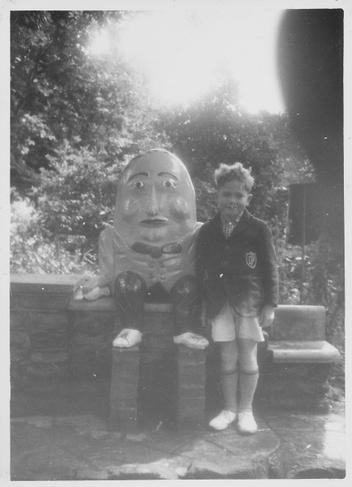 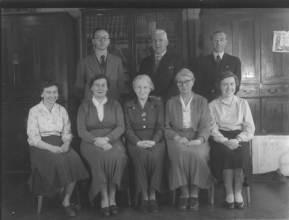 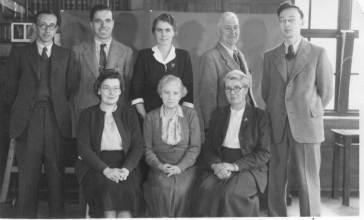 The names of the teachers in the pictures above are as follows:

Unfortunately not the ones with chocolate chips.

Some cookies are necessary in order to make this website function correctly. These are set by default and whilst you can block or delete them by changing your browser settings, some functionality such as being able to log in to the website will not work if you do this. The necessary cookies set on this website are as follows:

Cookies that are not necessary to make the website work, but which enable additional functionality, can also be set. By default these cookies are disabled, but you can choose to enable them below: